Now that the housing data for Sonoma County has been released for April, we can start to see the impact that Shelter in Place has had on market. With Shelter-in-Place coming into effect in mid March and with the average escrow being 30 to 45 days, deals that closed in the latter part of April were probably initiated prior to the lockdown. While the housing market up to mid March was as strong as last year, the impact of Coronavirus has hit hard in April. So what is the data telling us?

The overall number of properties sold during April was down 34% compared to April 2019. 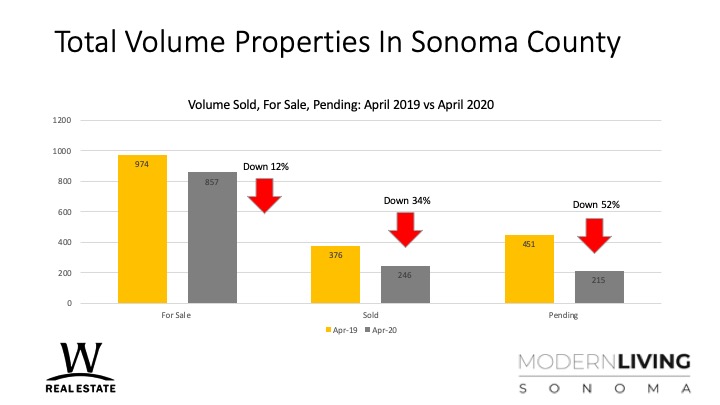 If we look at the number of new listings, coming onto the market in April, it has fallen by 66% when compared to April 2019. This is a dramatic fall reflecting the fact that it has not been possible to show a lot of properties.

While there has been a significant reduction in the number of properties that are coming on the market, what is interesting is that properties are still selling at the same rate as last year with properties taking, on average, 63 days to close. 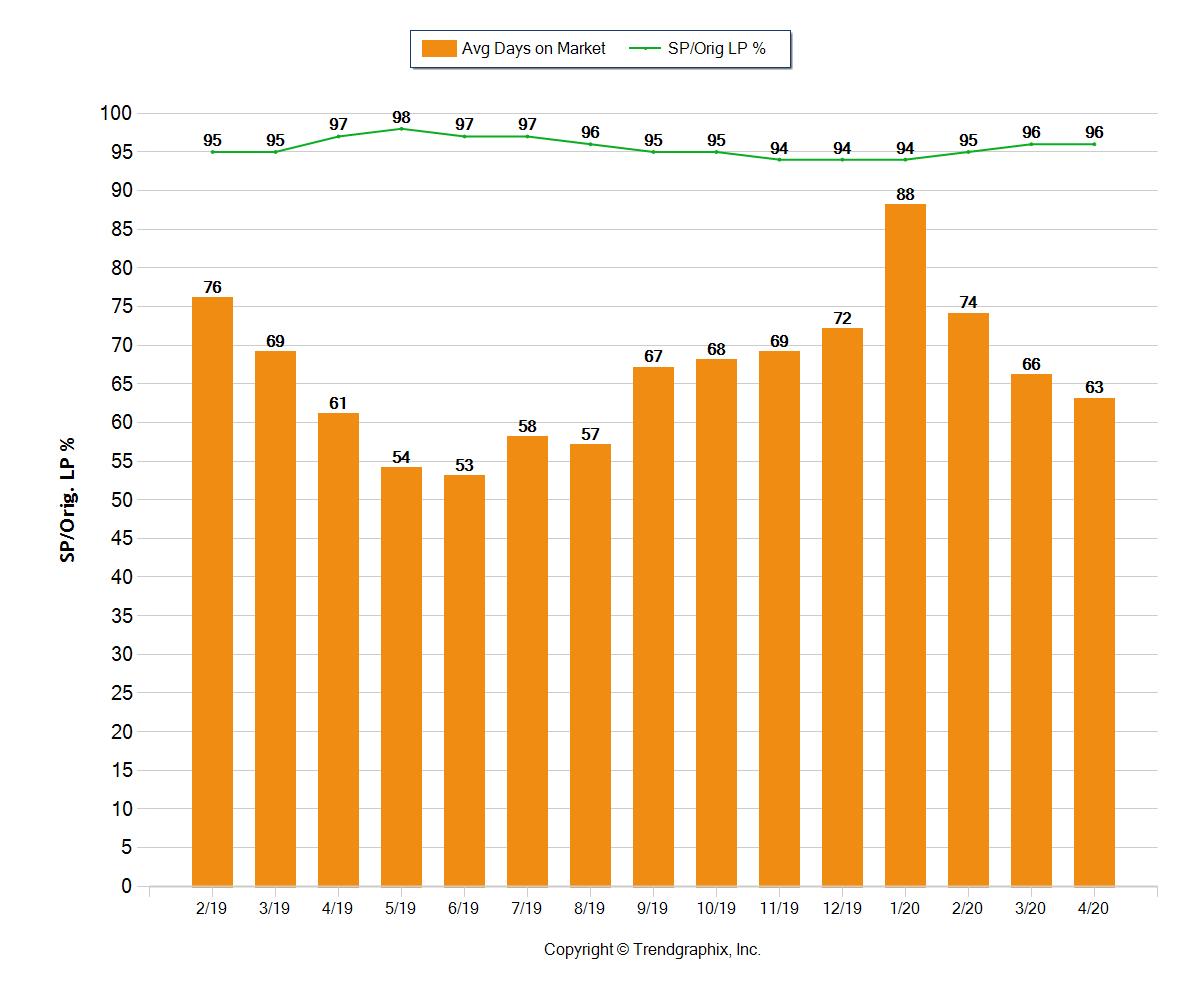 Properties are also getting pretty close to asking price with most properties selling for 96% of the list price.

Overview of the Over $1m Market 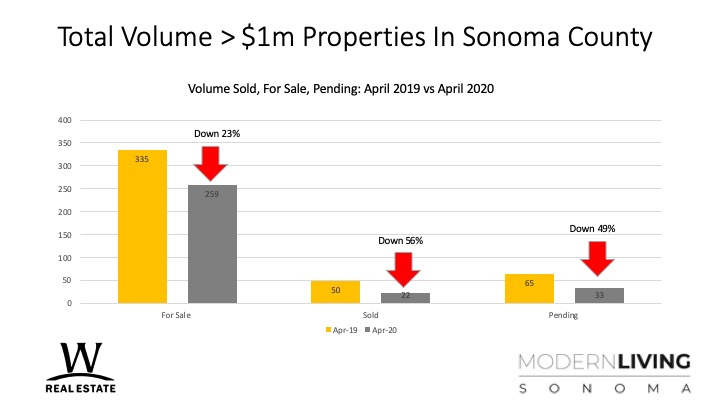 However, over the quarter, the number of sales is only down 7% because the start of the year was relatively strong.

One of the biggest challenges right now is the sharp drop in inventory of properties over $1m. the number of new listings has fallen by 80%. 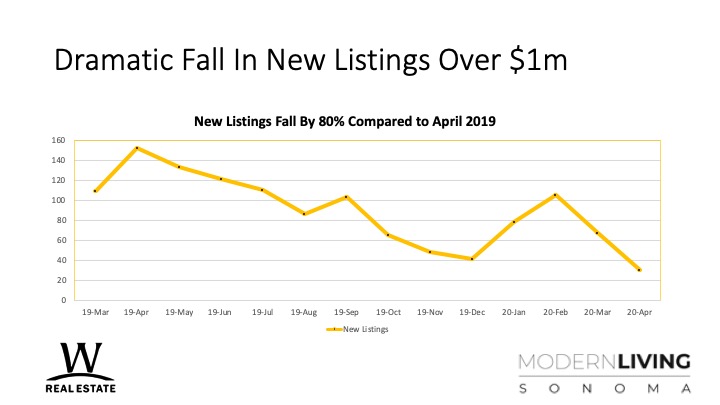 New listings of properties over $1m has fallen by 80% year over year with just 30 properties across the whole of Sonoma County coming on the market in April 2020 compared to 152 during the same period last year.

Bearing in mind that it has not been possible to show a lot of properties during April, it is surprising that there were still nearly 250 sales across the county.

As the rules are relaxed, the biggest challenge right now is the lack of inventory. However, over the coming weeks, I would expect to see a lot more listings come on the market. There are already 81 properties that are "coming soon" and should hit the internet within the next week or two.

One effect of the Shelter in Place has been that there are a lot of people from the Bay Area looking for properties in sonoma County, especially in the $1+ category. The spring season has been off to a slow start but I think we are going to see a lot of activity over the next few months.