Should More Vineyards Be Dry Farming?

On Aug 9th, the board of supervisors of Sonoma County met to discuss new standards for permit applications to drill wells in Sonoma County. It is only a matter of time that any new high producing agricultural well will require the owner to get a permit and conduct various impact studies prior to a permit being issued as part of a mandate to protect groundwater. It was perhaps timely that this also coincided with me meeting with Paul Bernier, a practitioner in the art of dry farming grapes in Dry Creek and Alexander Valleys. Given a trellised vine can use 6 to 8 gallons per day, the lost art of dry farming is possibly something which should be put front and center given the overwhelming impacts of climate change. If there is one man who can teach the next generation of vineyard farmers, it is Paul. 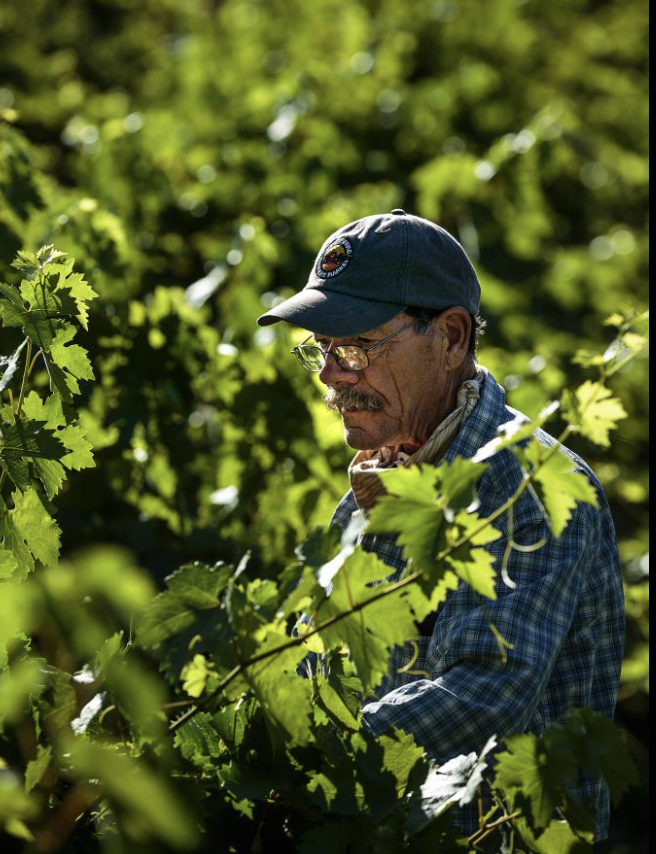 I met with Paul at a coffee shop in town after hearing about him from a client that works with Bernier Farms to manage their small holding in Dry Creek Valley (thank you Sarah and Geoff!). I was a little nervous because the amount I knew about dry farming prior to the meeting could be written on the back of the cardboard coffee cup holder around my cup. I was only five minutes in and I was totally fascinated by Paul’s story.

He was raised in SF peninsula, and came to Dry Creek in 1970. when the valley was covered in tree crops, mostly prunes. “This was also the time when the money started coming into the valley,” recalls Paul. “People started to implement a whole new way of farming using trellising and implementing drip irrigation at scale.

Paul worked as a farm hand initially and was lucky enough to become friends with “an old Italian guy”, as he puts it. He helped him on the weekends and started to learn the techniques of dry farming which are commonplace in Europe. In fact, in some European countries it is the law. The techniques used by the Italians works well in the Mediterranean climate where the aim of dry farming is to store as much of the winter rains in the earth as possible. The following summer, when it hasn’t rained for months, the vines are able to tap into those stored winter rains because they have grown deep roots. 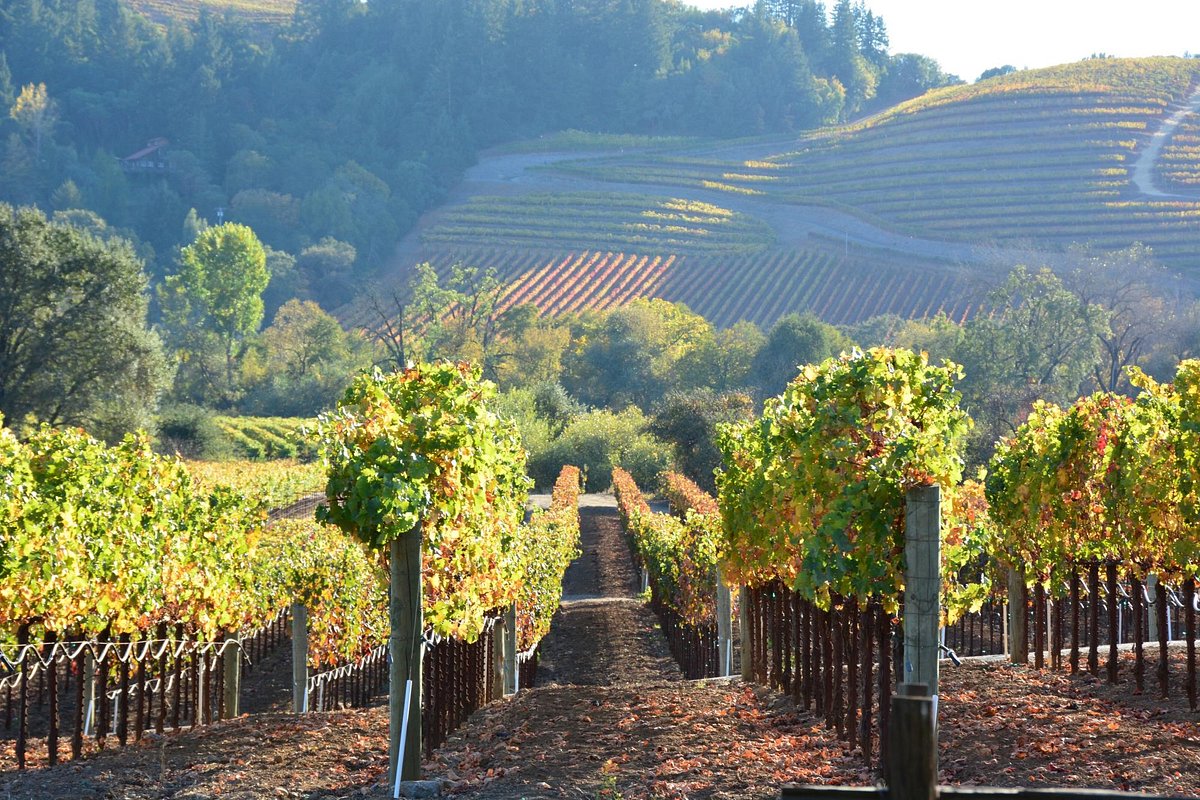 Having picked up the basic techniques of dry farming, Paul started playing around with grape pomace, the solid remains of grapes following pressing. “We would dump grape pomace on the edge of the vineyard before putting a bit around each vine. One time, by accident in winter, we buried a vine with the pomace and I noticed a network of roots in the pomace compost. It got me thinking how much the plant really needs all the nutrients that the harvest has removed from the plant. From then on we started giving our vineyards pomace compost by the ton. In new plantings 10 tons per acre, and then another application every five years or so. ”

Like all great innovations it was discovered almost by accident. Not stopping at the discovery, Paul then realized he had to source enough pomace. The supply of pomace was easy because winemakers need to get rid of it. “It was a win-win for both of us. Today we process about 500 tons per year from various wineries.”

Paul talks passionately about some of the differences between farming vineyards using irrigation vs dry farming. “If you continually water the vine, the roots will just go where the water is. It is then necessary to nutrients into the water and you end up having to continually put minerals into the drip system because the only way it gets its minerals is dissolved in the soil. The vines become dependent on being spoon fed.”

While Paul does have his own vineyard at his house, his business is what he describes as sharecropping. He cultivates vineyards on other people’s land in exchange for a payment of what used to be 30% of the harvest but is now closer to 15%. Given the nature of his craft, Paul never gets asked to take on a healthy vineyard. “We take over worn out vineyards. A common scenario is that owners get too old, the vineyard gets neglected although it is still alive, but just not fruitful. I will often get approached as a last resort to see if we can bring it back to being productive. For example, I recently took on 12 acres on the West side of Dry Creek Valley which was producing 12 tons of fruit. We have now got that up to 43 tons through our techniques,” explains Paul. 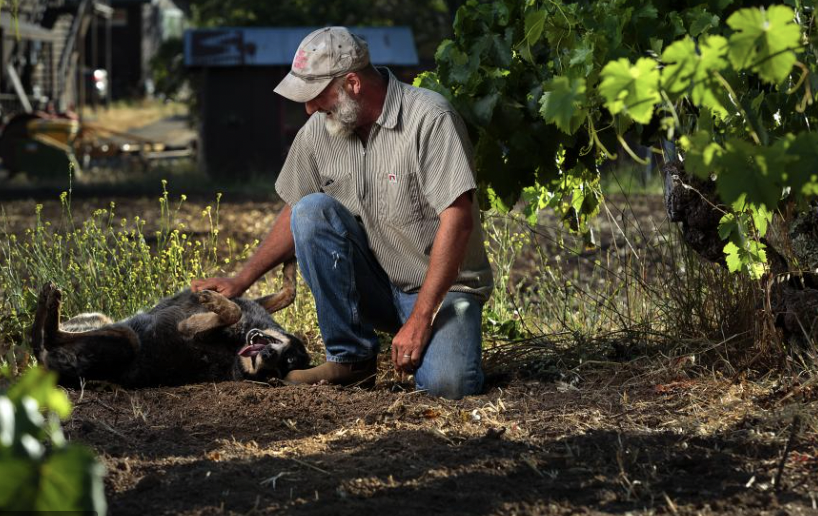 It is worth noting that Paul only dry farms head-trained grapes where all the spurs are concentrated around the top of the trunk. “The good thing is that our farming costs are actually lower because we don’t need to manage a trellis, set up irrigation systems or carry out as much pruning. We use dry sulphur to manage mildew but that has the knock-on benefit of killing some of the leaves in the center of the vine which we would want to remove anyway. As a result, one person can farm 35 acre,” says Paul.

I ask Paul how the drought is affecting the health of the vines he is farming given the traditional Mediterranean dry-farming techniques are dependent on a good winter rainfall. “This year we have only had 12 inches* of rainfall (*annual average rainfall in Healdsburg is 42 inches) so the vines stopped growing earlier than usual and they are also smaller. To compensate we have had to sucker the vines back to two shoots compared to the usual four so this will impact the yields substantially,” 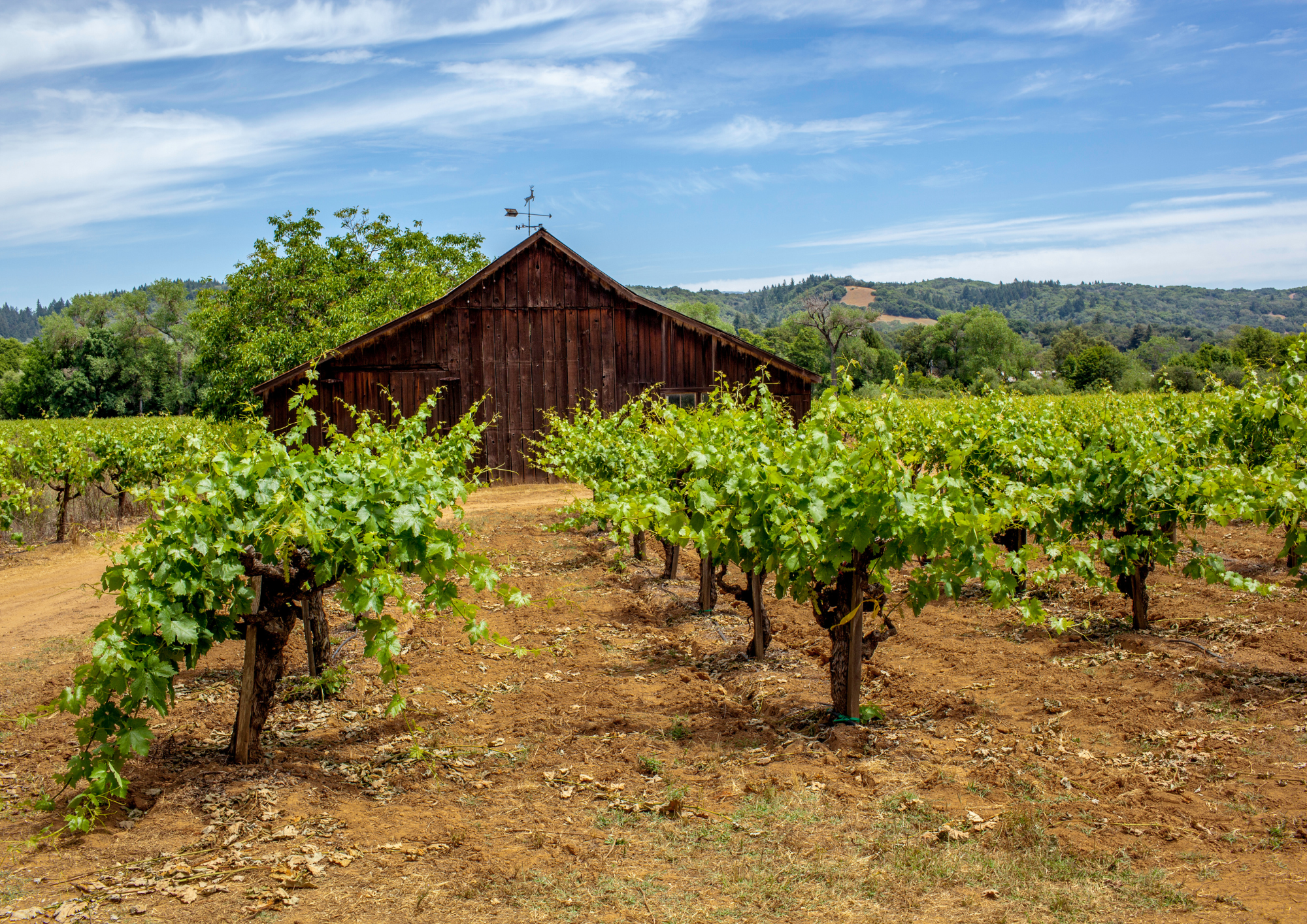 As with many of the solutions to some of the world’s thorniest problems, there is a tension between economic gain and preserving the environment for future generations. On the one hand there is the brute force approach of the big wine groups constantly irrigating the vines with water full of minerals while slowly depleting the soil in order to maximize yields and profits. The alternative is to stick with traditional methods that nurture the soil and use the plant and nature to grow as much of the best fruit as possible. Of course, the yields are slightly smaller as the clusters are smaller as are the berries. However, that also concentrates the flavor.

I would like to say the proof is in the pudding but I am yet to go and systematically taste wines made from the grapes managed under Paul’s stewardship. I definitely will do though because everything about the process from using the pomace to give the necessary nutrients back to the vines to encouraging the vines to develop deeper root systems to extract maximum goodness from the soil, makes sense. It is only logical that the resulting wines are that much more special. 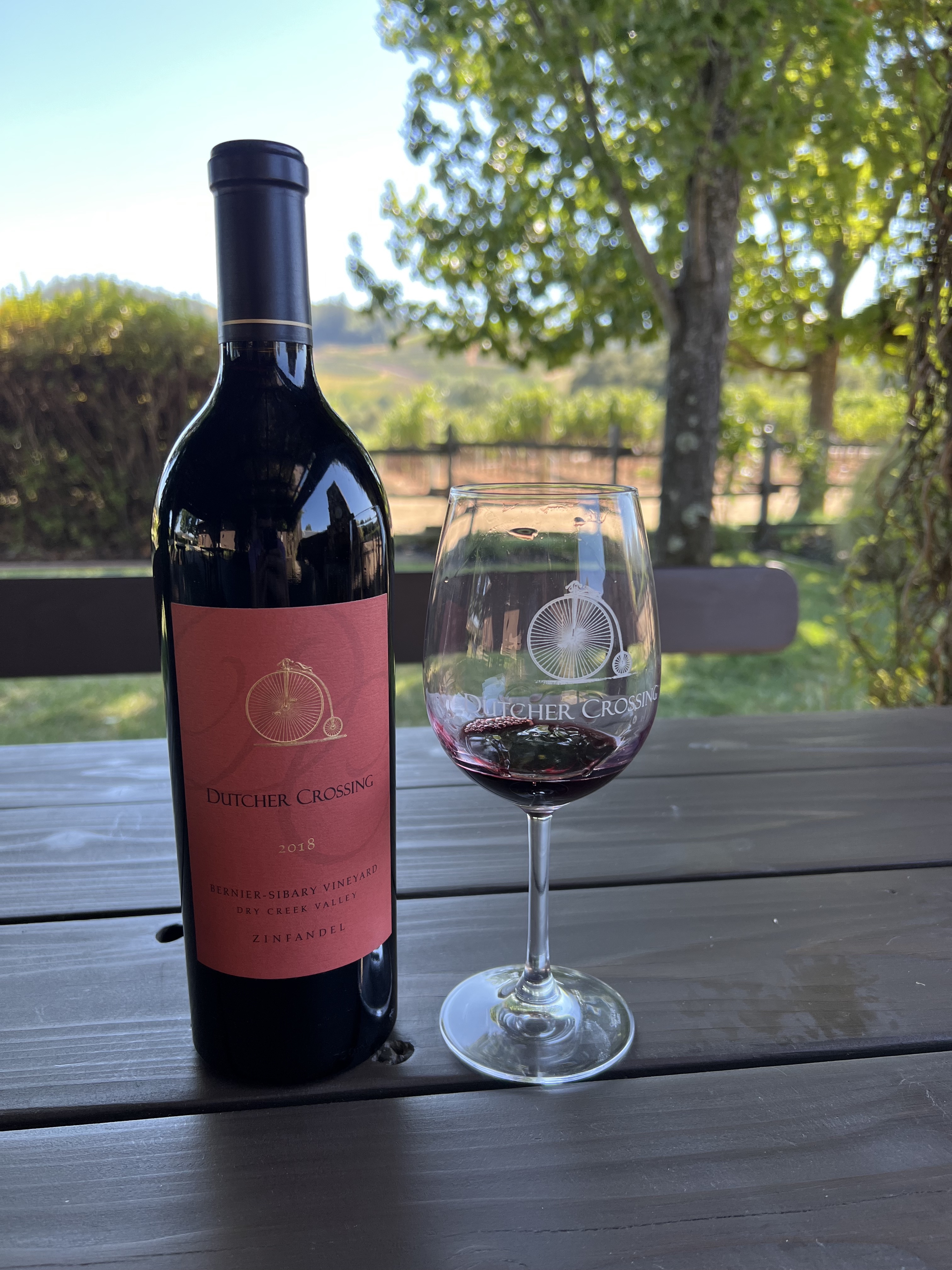 It was inspiring to meet Paul and hear his story as we all think about how we can better manage our natural resources. In the case of wine, we probably need to wind the clock back 50 years to the time before mass irrigation began in the valley. As we finish the conversation, I frantically write down the wineries where I can go and try wines made with grapes farmed by Paul. Hopefully you will want to do the same. If you do, we need to head over to Dutcher Crossing, Sbragia, Peterson, Quivira or Dry Creek Vineyards to do the taste test. Hopefully see you there!

A Fragment of Healdsburg

Work From Wine Country At These Two Stunning Rentals With Pools