One Year On: Was My Investment In Solar Worth It?

Just over a year ago I installed Tesla Solar at my house along with battery backup. I wrote about it here, but I thought it would be worth taking a look one year on. Did Solar save me money? Did the battery backup work? Was the cost of installing solar a good financial decision? I should say at the outset, that the reasons for installing solar were not economic but more driven by reducing reliance on oil and gas as well as protecting against power outages through the fire season.

Price of Electricity On The Rise

Since I installed solar the cost of electricity and gas has gone up considerably. For example, gas is up 45% at about $6 per gallon. As of January 1st, 2022, residential electricity rates have increased 8% and an increase of 18% has already been approved for next year. There are a number of reasons why electricity prices are increasing so much year over year:

-       Despite that fact that 25.64% of California’s electricity is generated from solar, California is not able to generate all of its electricity and so PG&E has to purchase power from out of state. Even sustainable sources of energy from hydroelectric are at risk as there are no new dams being built and water scarcity is putting some hydroelectric plans at risk.

-       Because of the long transmission distances involved, the cost of distribution is increasing because of the estimated 15% power loss through transmitting large distances.

-       Finally, having under invested in the distribution network for years, PG&E is now playing catch up trying to reduce fire risk from its infrastructure. The good news is that PG&E is going to bury over 10,000 miles of power lines including many in Sonoma County at a cost of between $15 to $30 billion. Consumers unfortunately are going to have to pay for this. 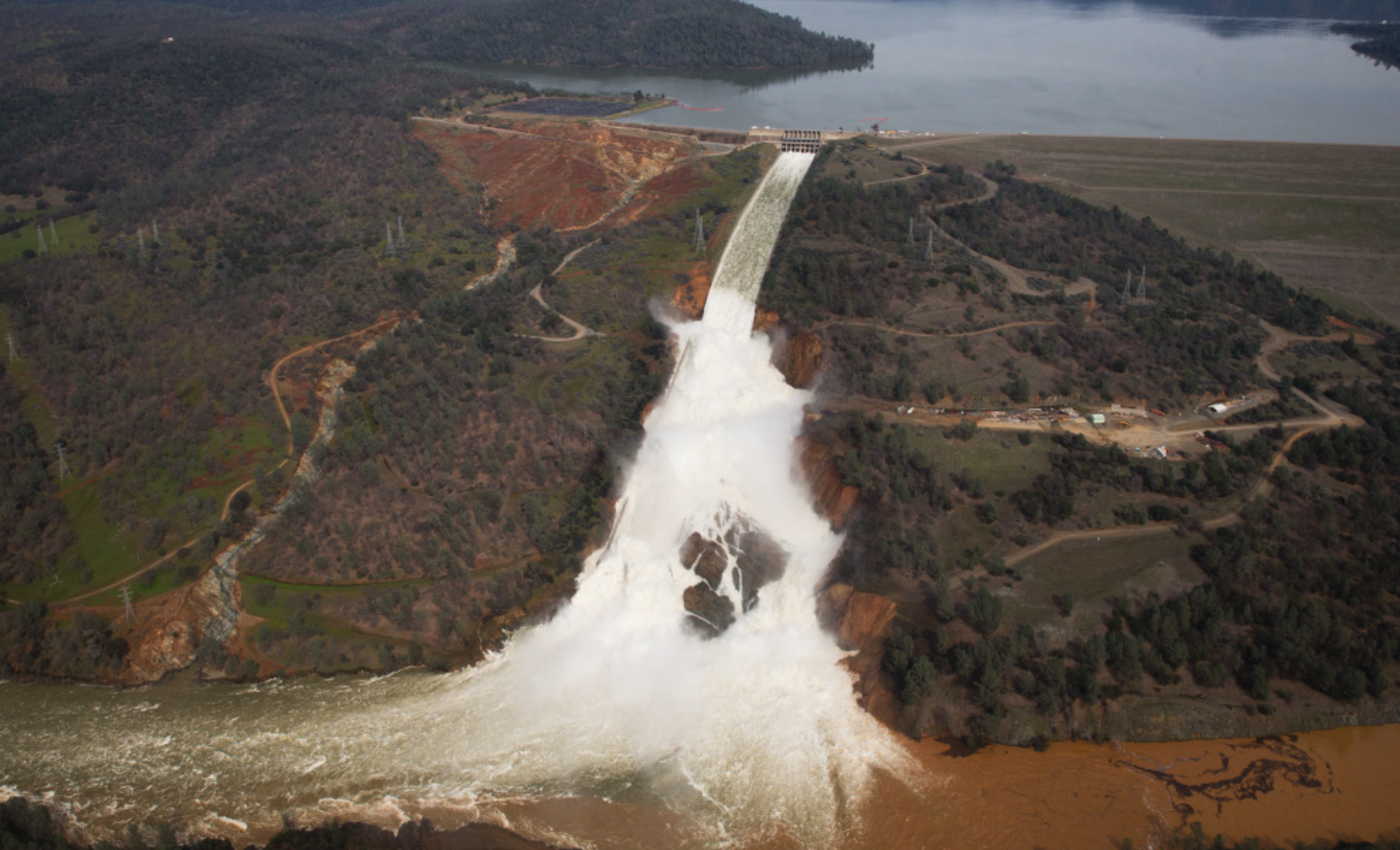 Given this backdrop it is perhaps no surprise that the number of solar installations is increasing driven by a combination of rising rates, increasing numbers of power outages and future uncertainty around sources of power as every county, state, country grapples with reducing their reliance on oil and gas.

However, as the adoption of solar increases, the electricity lobby is now in the process of passing legislation to penalize solar customers by making changes to the Net Metering Agreement (NEM) which is the legislation that credits consumers for producing excess solar energy. The mechanism for these credits has already been changed in the favor of the electricity providers by paying consumers a fraction of the actual retail cost of electricity. The rationale being that solar customers need to contribute to the cost of the grid because (unless they are totally ‘off grid’) they still need to use and pay for the infrastructure as well as contribute to energy efficiency programs and fund low-income assistance. There are new changes on the way with the introduction of NEM 3.0 which will further seek to reduce the credit to solar consumers, as well as introduce new fixed monthly fees to solar customers. In the worst-case scenario, presumably being pedaled by the oil and gas lobby, whereby consumers will be forced to sell all their electricity back to the grid and then buy everything back that they use. Hopefully this will fail!

While the economics are constantly changing, one thing remains: we all have to work out how reduce our dependence on oil and gas to help get global warming down to an “acceptable level.”  Installing solar is one small step, but switching to electric cars, increasing the efficiency of our homes and eating less beef will all make a small difference.

Everyone can benefit from solar but clearly higher usage customers are likely to financially benefit the most. For those high usage customers, power purchase programs are often the best way to pay for solar. These programs will replace the monthly electric bill with a monthly bill to the solar company which is often less than the 10% to 15% less than the current utility bill.  Importantly these agreements are also transferable with the sale of the home.

According to recent research from Zillow, homes which have solar will typically sell for 4% more than equivalent homes without. This makes sense given any future buyer is going to. Save significantly on electricity costs, especially if the solar is paid off. Perhaps more importantly, as an increasing number of buyers are “climate-aware,” homes with solar will attract buyers where energy efficiency is an important consideration.

Why Solar With No Batteries Makes No Sense

Given my solar system cost $32,000, if I sell my house for 4% more, I am ready $36,000 to the good. However, that is clearly a future value based on me selling my house. What is more interesting is look at the actual impact of solar on my electricity bills. (I should say at this point, because I live in downtown Healdsburg, my electricity comes from Healdsburg Utilities not PG&E).

Our average electricity usage is about 12 kWh per day with two people living in the house. Our electricity usage is probably pretty normal for a couple who has an electric car doing approximately 12,000 miles per year and the usual appliances that draw a lot of electricity such as a dryer and hair dryer (!). We do not generally use our air conditioning during the day and will generally charge the car at night off the Tesla batteries. 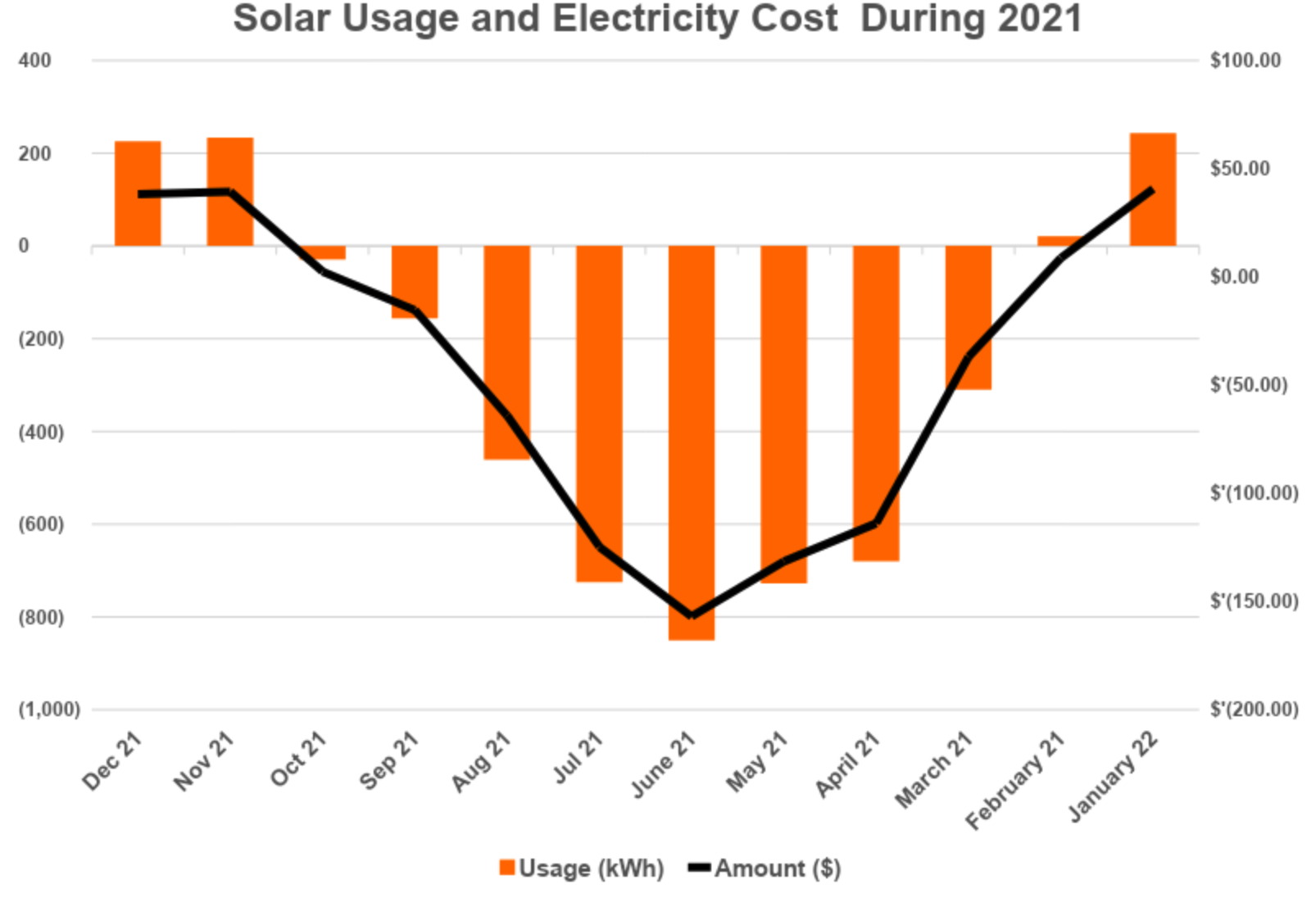 Over the course of the year we had 6 months where we didn’t use any electricity from the grid, 2 months with a cost of less than $10 and then November, December and January when we used significant electricity from the grid. Through the entire year we used 3,215 kWh and generated 11,780 kWh at an average of 980 kWh per month. In our biggest months we produced 1570 kWh which equates to 3.5 times our highest monthly usage, but in our lowest months we were generating just 260 kWh is just under a third of our actual usage.

It is interesting when I look back at the system we purchased, it comprised 24 Tesla panels and was expected to produce 10771 kWh over the year whereas we actually generated 10% more than that. I wonder how quickly the production capacity will decrease over time. Our system also included 2 Tesla Powerwall’s with a capacity of 27 kWh which is the equivalent of approximately 2 days of average consumption. The question is how much did we rely on our batteries? We did have a couple of power outages, neither of the fire related. I think one was due to someone crashing their car into a power box in the street and the other one was due to some workers cutting through a power line while doing roadworks. In both cases our system automatically rolled over to the batteries in less than a minute. Our batteries kept us going just fine. Over the course of the year we drew half of our power needs from the batteries. This is not entirely surprising because our biggest electricity demands are at night when the solar isn’t generating. What it does show is that to have solar without a battery doesn’t make much sense. I think I originally got the batteries for the back-up in the event of a power outage but actually the batteries are more useful as a means of maximizing the efficiency and usage of the solar panels. 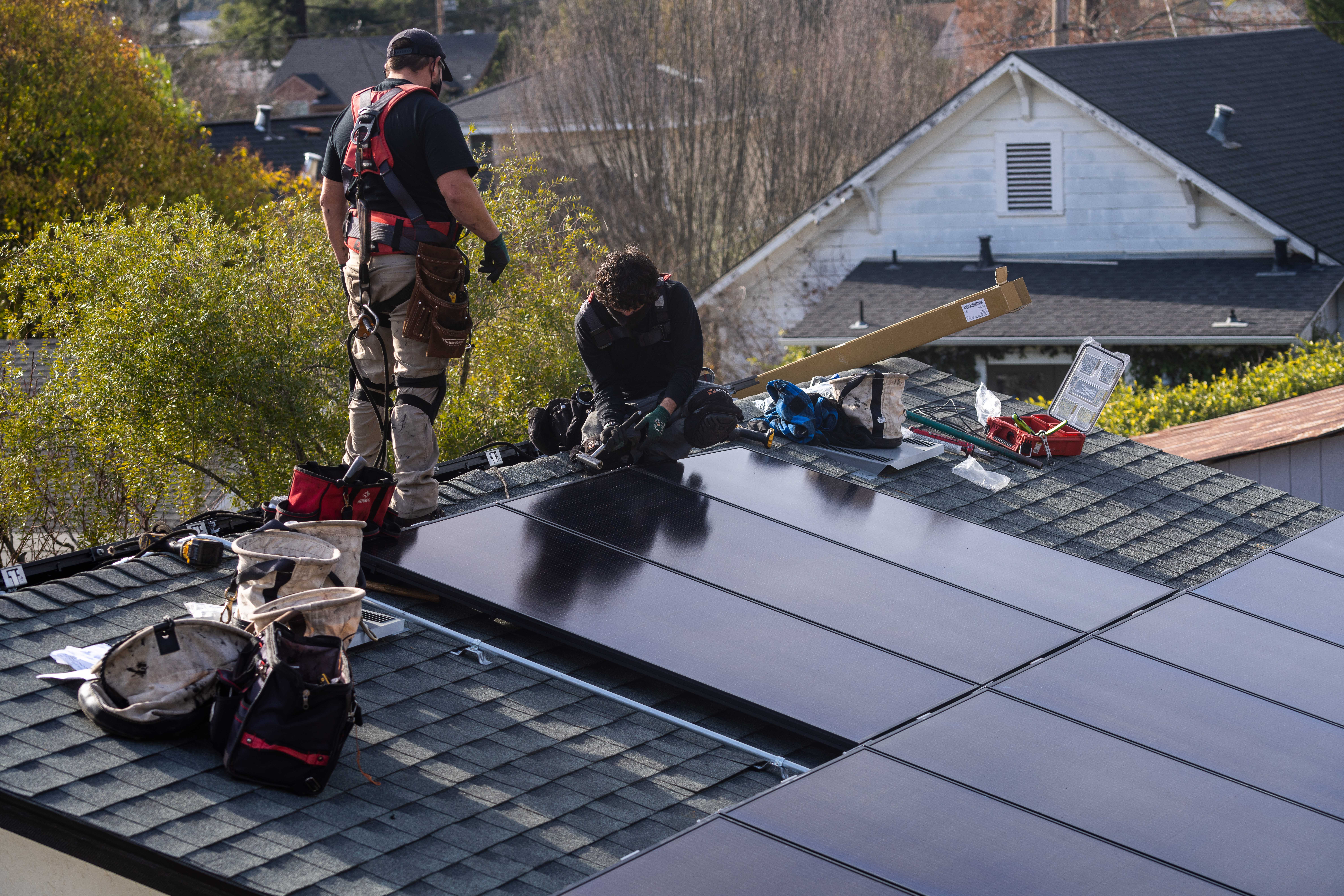 Because of the rules around net metering, while we purchase power from Healdsburg Utility at a cost of $0.12 per kWh we actually get paid at a rate of $0.08kWh for selling it back so over the course of the year while we generated the equivalent of $523 of electricity we got paid back $282 after a few other standard charges. However, it is also worth factoring in that I never paid for any electricity for my car over the course of the year (except for two long trips where I spent a total of $40 at supercharging stations). If we assume that an average car does 30 mile per gallon and the average price of gas over the year was $5.50 per gallon that is an additional saving of $2,200.

Would I install solar again? Absolutely. The things that surprised me the most is how reliant we are on the batteries to make the most of the solar that we are generating given the fact we use most electricity during the hours of darkness. I am also surprised at how little electricity it takes to charge a Tesla. I am not sure why, but I expected charging the car at night would reduce the power stored in our batteries, a lot more than it does. My wife doesn’t have an electric car, but we could easily run two cars with our set up and never pay to charge them up through most of the year. In hindsight, perhaps we didn’t need as large a system because I think, as Europeans, we aren’t big users of air conditioning which was most likely a significant factor in the size of our system that was specified. We haven’t really tested to see how long we could last during a power outage. However, as long as the power outage was during a month, we were generating our average amount, if we were careful to not use air conditioning and go too crazy with the microwave, I think we could comfortably last 4 or 5 days. I am hoping I never find out!